In the history of AKKA there are only a few Kannadigas on records who have been invited from the entire gulf region to participate in the revered AKKA Conferences. Amid this, Leeladhar Baikampady becomes the first ever Kannadiga frontrunner from the Kingdom of Bahrain to have this honored invite from the Association of Kannada Kootas of America [AKKA].

Leeladhar Baikampady has done his studies in Mangalore and Mumbai and acquired professional degrees like Mcom and MBA. His is a Financial Controller by profession and has been living in the Kingdom of Bahrain since past 18 years. He has been involved in the activities of various Associations in Bahrain, Mumbai, Bangalore and Undivided South Kanara. Now in Bahrain, he is the member of esteemed Social Organizations like The Indian Club, Karnataka Social Club, Maharashtra Cultural Society and serves as the president of Mogaveers Bahrain. Right from his schooldays he has possessed dynamic leadership and later he became the Senator of Mangalore University by representing all electoral collages of the University. He is also well regarded for being frontrunner in formation of some of the Associations back in India and abroad.

He has been well-recognized as the award winning youth activist, youth organizer, social & charity activist, writer, award winning stage artist, progressive thinker and a dynamic youth leader. Further, he has been dubbed as a person of achievements by being a multitalented person and due to his continual services to the society and humanity through his multidimensional activities & exemplary services carried out in his own capacity and by getting involved in various associations based in different locations in India and abroad.
Besides all, as a great achievement by any Non-Resident-Kannadiga residing in Bahrain, he had all alone fulfilled a much sought-after dream of the Non-Resident-Kannadigas of Bahrain in November 2008 by meeting and persuading the then Chief Minister of Karnataka Dr. B. S. Yedyurappa to visit Bahrain and also succeeded in gaining the State Government’s aid of Rs.1 Crore through the CM for the construction of Kannada Bhavan in the Kingdom of Bahrain. It was a long-awaited wish of the Non-Resident–Kannadigas of Bahrain to witness the first ever visit by a Chief Minister of Karnataka to Bahrain which was finally fulfilled by Kannadiga achiever Leeladhar Baikampady with his single handed efforts.

In fact, over 40 regional associations of Kannadigas [i.e. Kannada Kootas] based in different parts of North America which all come under the wings of Association of Kannada Kootas of America [AKKA] will be involving in this mega bi-annual festival of Non-Resident Kannadigas i.e. 9th AKKA World Kannada Conference – 2016. This esteemed AKKA Festival which is mainly aimed at unifying Kannadigas of North America and celebrating Kannada Land-Language and Culture-Literature draws around 2 lakhs members of the 40 plus regional Kannada Kootas and there will also be the involvement of invitees in this prestigious event who are selected from India and other parts of the world. These invitees include multitalented Kannadigas, artists, writers, celebrities, dignitaries and business professionals.

The proposed AKKA World Kannada Conference will be held under the able leadership of AKKA’s present president Raj Patil and it is thought to be the highly wonderful and luxurious event which will showcase the rich heritage of Karnataka and spread the fragrance of Kannada and Culture in North America. In addition to participating in different events of this AKKA festival, Leeladhar Baikampady will also participate in the similar festivals of Kannada & Culture which are to be held separately in Canada and Turkey. His multi-talents, multitasked social activities, amazing achievements in various fields, valuable contributions to the society and effective leadership made him to be deserved to have such invites from all over the places.

Christmas -God’s Gift of Jesus to the World: Dr. A. F. Pinto 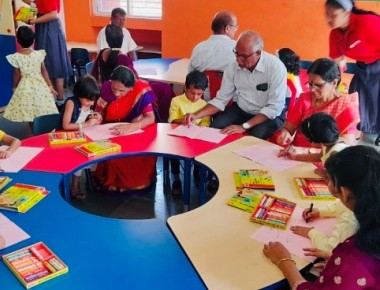 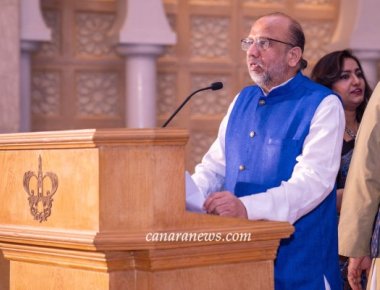