Filmmaker and social activist Pankaj Purohit was awarded with one of the most prestigious awards, the Rajiv Gandhi Excellence Award this year for his unparalleled contribution to the society through his work. Pankaj is a multi talented personality as he is a singer, actor, maverick filmmaker and above all a great human being whose work speaks volumes of his craft. We all have heard about out of the box thinking but Purohit has implemented and practised it in his real life in the pursuit of excellence. Pankaj has studied screenwriting and cinematic arts in Los Angeles. 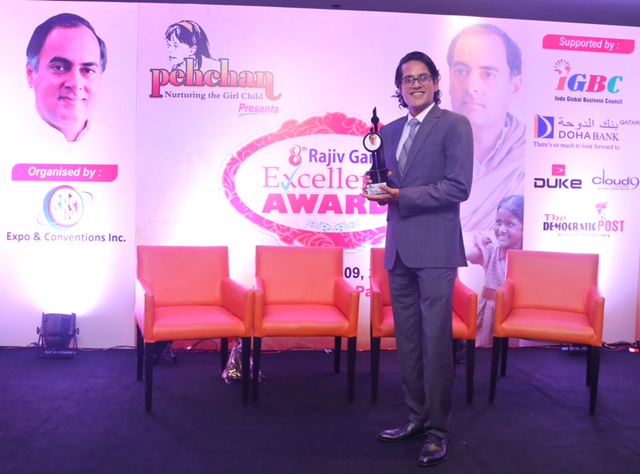 The crossover filmmaker Pankaj commenced his cinematic journey alongside his mentor Gregory Allen Howard of 'Remember The Titans' and 'Ali' fame. Thereafter he worked on various independent film projects including the controversial hits ‘Belly of the Tantra‘ and ‘Sudden Cry‘.

The prestigious Rajiv Gandhi Excellence Award is presented as appreciation to honour the achievers in the memory of India's young and inspirational Prime Minister with a vision to build a new India. It was Rajiv Gandhi who gave a call to build India united by bonds transcending caste, creed and religion. His vision strengthened powerful force for peace and unity in the world at large. Pankaj Purohit received this Award for Best Artist and Social Activist which is a true reflection of what the Late Shri Rajiv Gandhi had envisioned.

This artistic filmmaker Pankaj Purohit is presently working on his next feature film in India. The ace cricketer Yuvraj Singh and singer Tulsi Kumar are also amongst the proud recipients of the Rajiv Gandhi Excellence Award in the past.