I've been able to break stereotype about heroines: Bhumi

New Delhi, (IANS) : Three-film-old actress Bhumi Pednekar, who played an overweight married woman in her debut movie "Dum Laga Ke Haisha", says she has been able to break the stereotype in Bollywood about heroines. 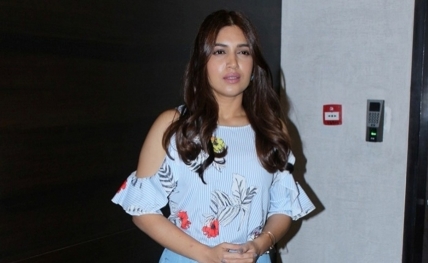 At the India Today Safaigiri Awards 2017 on Monday, Bhumi said: "I have been able to break the stereotype in Bollywood about heroines. I got the chance to be a Yash Raj Films heroine, but it was nothing like the glamorous heroines on the big screen."
She continued to break the stereotype in Bollywood by starring in this year's hit film "Toilet: Ek Prem Katha" that throws light on the problem of open defecation.

Talking about the cleanliness campaign, she said: "I think Safaigiri and our relationship has already begun, and in some years, our love story will be complete. It is necessary to bring change at an individual level. I am glad the kind of steps that the government has taken for cleanliness are helping us move towards a better India."

Singer Tulsi Kumar, who was also present at the event, said it is the people's responsibility to keep India clean, "just like we ensure our cars are spotless. If our roads are dirty, all citizens are affected. For instance, it becomes a breeding ground for mosquitoes".