Mumbai, (IANS): Superstar Salman Khan, who has essayed action-packed roles in films like "Kick", "Dabangg" and "Wanted", says he found it hard to break his macho image in "Bajrangi Bhaijaan". 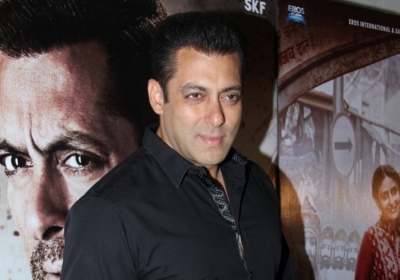 "It was a difficult thing for me right now to play after the 'Dabangg', 'Wanted' and other films. It was challenging to come back to play a simple character," Salman said here.

The 49-year-old actor, however, said that "Bajrangi Bhaijaan" does have action to some extent.

"There is action and everything (in 'Bajrangi Bhaijaan') but it is simple and all heart. We've shown a typical Hindustani (Indian) character where people get a feeling, 'What a nice guy', 'bechara' (innocent)."

"All the action films we do, they need to be backed with emotions. Otherwise, action is pointless," he added.

Released on July 17, "Bajrangi Bhaijaan", which is co-produced by Salman Khan Films (SKF) with Rockline Venkatesh, is about the bond shared by a Pakistani mute girl, essayed by young and beautiful child artist Harshaali Malhotra, and an Indian man.

The film has entered the Rs.100 crore club in its opening weekend itself.