Yami heads to Serbia for 'Uri'

Mumbai, (IANS) : Bollywood actress Yami Gautam is headed to Serbia to start shooting for the first schedule of her upcoming film "Uri".

"Yami is all set for her first schedule in Siberia. As her fans and media have been tracking not only has she gotten fitter, but has gone through a makeover to dive into the character she is playing," a spokesperson said in a statement. 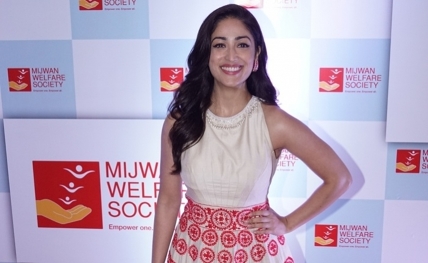 Yami will play the role of an intelligence officer and will be acting alongside Vicky Kaushal in the film.

"She is very excited about the role and keeps adding a few nuances to her character to make it even more layered. She is totally looking and feeling the part," the spokesperson added.

The film, directed by Aditya Dhar, is based on the Uri attack of September 2016.

In September 18, 2016, terrorists from Pakistan attacked a military base in Uri in Jammu and Kashmir leaving 19 Indian soldiers dead. Eleven days later, the Indian Army retaliated with a series of surgical strikes on terrorist camps across the border.