A.B. Ibrahim to leave with satisfaction

Mangaluru (The Hindu): Dakshina Kannada Deputy Commissioner A.B. Ibrahim, now transferred and posted as Transport Commissioner on Thursday, is leaving the district with an amount of satisfaction having been able to accomplish some of the tasks he intended to perform. 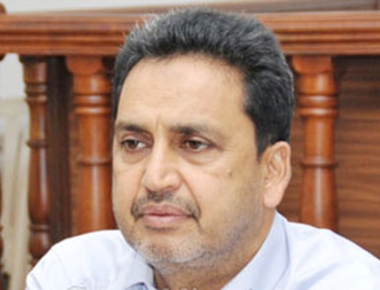 “One of the objectives was to decongest Mangaluru city, for which I had initiated measures to shift the district office complex and the bus stand outside the city. I’m happy that the process of shifting district office is on,” he told The Hindu .

All the more, Mr. Ibrahim is happy to be recognised as a “people’s DC” for his simple style of functioning and being accessible to the general public in the district.

He took the initiative of providing basic amenities to the Male Kudiya tribe in Banjarumale in Belthangady taluk, who were completely cut off from the mainstream for decades now.

Mr. Ibrahim, being the Chairman of the Dr. K. Shivaram Karanth Pilikula Nisargadhama Society, conceived the idea of holding monthly festivals depending upon the season at the park to make it one of the major tourist attractions.

The initiative has been yielding results with more tourists visiting the nisargadhama every day and the pilikula being recognised across the state.

He had made every effort to restore the glory of Dakshina Kannada as a major education and tourist hub.

Mr. Ibrahim was in trouble on some occasions, including when invitations were printed in his name for the festival of Puttur Mahalingeshwra Temple this year.

The High Court had to intervene and say that the practice was not authorised. Asked his priorities as the Transport Commissioner, Mr. Ibrahim said he has no idea about the task ahead as of now.