Bengaluru, DHNS: The State BJP will be holding conventions of its ST Morcha and Other Backward Classes (OBC) Morcha in October and November, a move crafted by party president B?S?Yeddyurappa to counter his party colleague K S Eshwarappa. 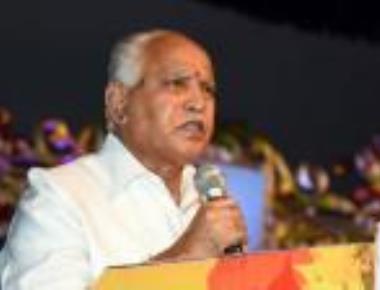 During the last few weeks, Eshwarappa has been associating himself with Sangolli Rayanna Brigade to consolidate the support of Dalits and OBCs defying Yeddyurappa’s diktat that such mobilisation should be done only within the party forum.

On Tuesday, Yeddyurappa convened a meeting of the eight morchas of the party and held day-long deliberations with the office-bearers. The convention of the ST Morcha will be held at Lingasagur in Raichur district on October 23 and that of the OBC Morcha in Bengaluru on November 27.

Speaking to reporters after the meeting, Yeddyurappa said the BJP national leaders will be invited for the conventions. Over one lakh people will attend each of the conventions, he said.

Yeddyurappa refused to answer queries on Eshwarappa. “We are all united and there is no confusion in the party. These conventions have nothing to do with any individual”, he said. To a query, whether, if invited, he would attend a Dalit convention planned to be held in Haveri on September 1 by Sangolli Rayanna Brigade, Yeddyurappa answered in the negative. “There is no question of me attending any meeting outside the party platform”, he said.

The former chief minister said all that the BJP Morchas have been directed to hold their state-level executive committee meetings by September 15.