Mandya, DHNS: Actor-turned-politician Ramya has triggered a fresh controversy by issuing a statement against the BJP and the RSS, about their role in the struggle for Independence, on Tuesday. 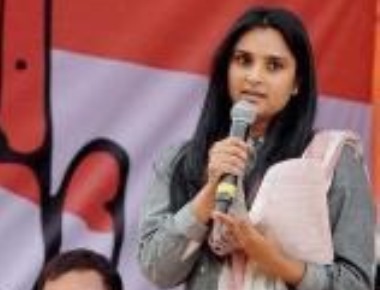 Ramya was the chief guest at a programme ‘Vidyarthi Nadige Deshada Belavanige Kadege’ organised by NSUI. Speaking to mediapersons later, Ramya said only the Congress fought for the country’s Independence, while Rashtriya Swayamsevak Sangh (RSS) and Bharatiya Janata Party (BJP) were supporting the British. However, she declined to answer questions related to the sedition charges against her.

Reacting to her statements, former chief minister H D Kumaraswamy said he was not born in the pre-Independence era and Ramya might have issued the statements based on her previous birth experience.

Speaking to mediapersons, he said Ramya should not issue such statements for publicity. “Farmers of Mandya district and the state are facing drought. She should concentrate on such issues,” he suggested.

“I have read about the freedom struggle in history books. There are contradictory opinions about V D Savarkar, Subhashchandra Bose and a few others. They have been portrayed as good and also bad leaders. Hence, one should be careful while issuing such statements,” he added.