Washington, July 23 (IANS) With 10 firms, India claims the second-highest number of companies for the fifth year in a row on Forbes Asia Fabulous 50 list again dominated by China with 25 companies. 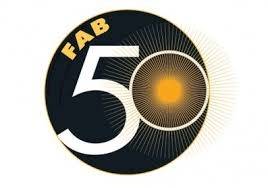 The Fab 50's brightest star over the decade, India's HDFC Bank, did not debut until 2006. However, it has now made the list nine times, more than any other company, noted the US business magazine.

HDFC is the second-largest bank in India's private sector, after ICICI Bank.

Built from scratch, the bank now has a market capitalisation of $43 billion, nearly 32 million customers and a network spanning more than 4,000 branches in almost 2,500 towns and cities.

The bank's managing director Aditya Puri is also the subject of the cover story in the August issue of Forbes Asia.

China has 25 names on the annual list of the best big publicly traded companies in Asia Pacific, up from 16 last year, and more than any other country for the fifth year in a row.

It also boasts the list's most valuable company - Tencent, now worth $176.5 billion - and its biggest, Lenovo, which generated $46.3 billion in revenue last year.

For the fifth year in a row, India claims the second-highest number of companies, 10 this time. South Korea is next with four. Philippines, Thailand, Malaysia, Singapore have two each and Taiwan, Japan and Indonesia one each.