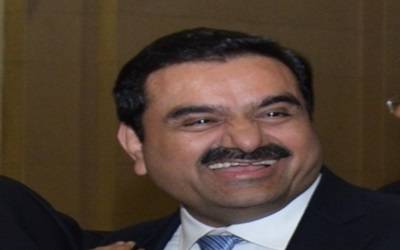 The three approved leases are 70441 Carmichael, 70505 Carmichael East and 70506 Carmichael North, which are estimated to contain 11 billion tonnes of thermal coal, theage.com.au reported.

The approvals came after Adani secured final environmental approval and reached an agreement on compensation with a landholder last month.

Premier Annastacia Palaszczuk of Queensland said the approved leases have undergone "extensive government and community scrutiny" and were a step towards securing jobs for the region.

Adani has said that more than 5,000 jobs are expected to be generated during construction and more than 4,000 during operation of the project.

According to the report, Adani's job creation figures had been the subject of debate since last year after revelations in court found the mega mine would create only 1,464 jobs per year, and not the 10,000 jobs figure that was commonly associated with the project.

"I know the people of north and central Queensland will welcome this latest progress for the potential jobs and economic development it brings closer for their communities," the Queensland premier said.

An Adani spokesman said that with the leases approved, the company hopes to start construction on the mine sometime next year.

"The granting of a mining lease helps deliver the company certainty with respect to timelines, while moving to the next phase of the project, subject to the resolution of legal challenges by politically-motivated activists," he said.

The spokesman added that the mine's approvals were the "strictest of their kind" for a major Australian resources project.

"It is for this reason that conclusion of second tier approvals and resolution of politically-motivated legal challenges is the company's principal focus, prior to a final investment decision being made," he said.

"Delivering low ash, low sulphur, lower emitting coal to thermal generators in India, while delivering jobs in regions crying out for them, and taxes and royalties to Queensland, is paramount," he said.