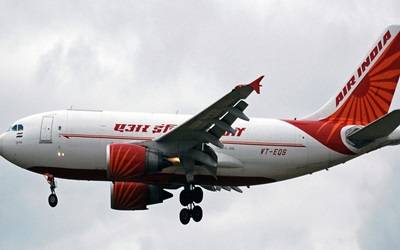 Air India has achieved the target set out in the Turn Around Plan (TAP), and has made substantial progress in both operational as well as financial areas, Minister of State for Civil Aviation Minister Mahesh Sharma told Lok Sabha today.

The main areas in which the company has registered improvements in FY15 in comparison to fiscal 2011-12 include seat factor, network yield, revenue from passengers and on-time performance on the operational side, he said.

The airline has also seen lower operating and net loss during the period, the Minister said.

The erstwhile UPA dispensation had in April 2012 approved Air India's turnaround plan and a financial restructuring plan, with a committed public funding of Rs 30,231 crore, staggered over a period of nine years, with some specific riders.

Besides the number of revenue passengers also increased to 16.9 million in FY15 from 13.4 million in FY 12, he said.

The overall network OTP delivered during the previous fiscal stood at 72.7 per cent as against 67.6 per cent in 2011-12, Sharma said.

On the financial performance, besides reducing operating and net loss during the period, the carrier has turned EBITDA (earnings before Interest, Taxes, Depreciation and Amortization) positive by Rs 541.6 crore in FY 15 as against a negative EBIDTA of Rs 2,236.95 crore in 2011-12, he said.