San Francisco, (IANS): Technology giant Apple has announced a profit of $11.12 billion for the last fiscal quarter and posted earnings of $53.4 billion for the entire year. 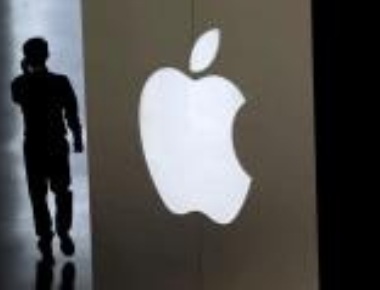 Figures for the last quarter show gains of $1.96 per share, 31 percent higher than the same period last year, and above the $1.88 mark pegged by market consensus, Efe reported.

Profits over the entire year shot up by 35 percent, the tech giant said on Tuesday.

The company, headquartered at Cupertino in California, also announced revenues amounting to $51.5 billion in the last quarter, as compared to $42.12 billion of the previous year, and exceeding analyst forecast of $51.1 billion.

The company sold 48.04 million iPhones in its fourth quarter, which ended September 26, while last year's figure stood at more than 39.27 million.

In China, one of Apple's fastest growing markets, sales nearly doubled to $12.5 billion, representing almost one-third of the total revenue.

The gross profit percentage stood at 39.9 percent in the indicated quarter.

Apple CEO Tim Cook said on Tuesday that he hoped sales of the iPhone, will continue to climb in the current quarter too.

Apple had registered record smart phone sales to the tune of $74.46 million in the fourth quarter of 2014.

The company, which has been under fire for poor work conditions in the manufacturing plants of some of its Chinese suppliers, said it has decided to focus its efforts on being a responsible global company.