Raghuram Govind Rajan took charge as the 23rd Governor of RBI on September 4, 2013 for a three-year term, amid a bleeding rupee threatening to plunge to 70 levels, very high current account deficit, growth screeching south and rating agencies threatening to junk the sovereign.

On his inauguration, the noted monetary economist made several big-bang announcements that promised to change the financial sector landscape radically and to his credit he has successfully implemented many of them in the past two years. 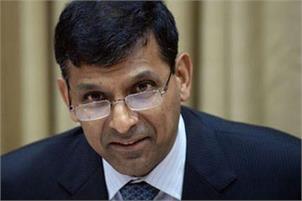 Also, many analysts and marketmen described chief economic advisor Arvind Subramanian's yesterday's statement that Rajan should start fearing deflation and not inflation, as a political statement to arm-twist the Governor and devoid of any merit.

The only few big misses of Rajan are the sudden fall of the rupee following the China crisis, and the massive spike in bad loans that almost doubled. But his achievements, on every other front dwarf these shortcomings.

Also, probably the biggest criticism that he will face when he leaves the 19th floor corner room at Mint Road, will be that Rajan was a party to the Reserve Bank losing most of its powers and autonomy - as he has accepted the government formula of not having a veto power for the Governor in the proposed Monetary Policy Committee.

Leading economist and industry veteran DK Pant, chief economist at India Ratings, has described Rajan as "a person with a vision".

"Rajan has brought in a new dimension to the monetary policy. When he initially took over, the rupee was in a tailspin but his reforms have restored investor confidence," Pant told PTI.

Marketmen are more enthused with Rajan, stating that he is the best that has happened to the country in the last two years.

"You could not have a better person during the last two crisis years. He has brought in structural changes which may not have immediately yielded results, but we may see it happening in future," said a market dealer who wished not to be named. .