New Delhi,(PTI): State-run BSNL lost about 2 crore subscribers in the last financial year as the telco could not match aggressive marketing by private operators besides persisting issues related to coverage and quality of its services. 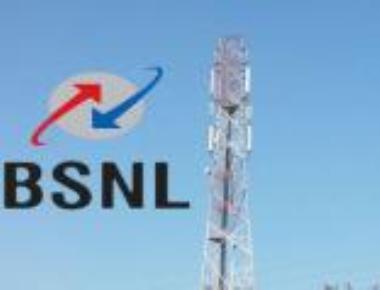 According to an official in the Department of Telecom, BSNL lost about 1.78 crore wireless and over 20 lakh wireline subscribers between March 2014 and March 2015.

Stating the reasons responsible for the loss of wireless subscribers, the official said BSNL was not able to match the aggressive marketing of services by private telecom operators.
Also, the official added that due to the PSU's inability to invest in upgradation of its network during the period 2008-2012, there were issues related to mobile network coverage, capacity and quality of service.

"The reasons for decline in wireline subscriber base include the general decline in demand for fixed lines telephone on account of shift to mobile services," he said.

The wireline base stood at 1.60 crore with a market share of 61.07 per cent.
The company, however, is taking various steps to increase its subscriber base and revenue through investments in network and improve quality of service.

Apart from that, BSNL has taken a number of initiatives to attract customers which include unlimited free night calls from landline, free incoming calls on roaming and a host of different special plans.