Gurgaon, March 6 (IANS) Finance Minister Arun Jaitley on Saturday said getting Indian banks back in shape was a top priority of the government, and that more resources will be found as and when required to boost their capital. He also said loan defaulters will not be spared. 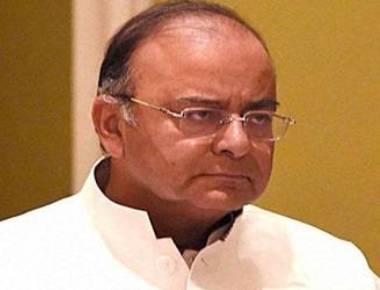 "If more funds are required, we will find out more sources," Jaitley said after a two-day "Gyan Sangam" here -- a retreat for the top honchos of banks and financial institutions with finance ministry officials, the central bank leadership and other key policy-makers.

The minister said steps such as the proposed bankruptcy law will help banks to a large extent in recovering their loans, even as debt recovery tribunals could become the country's first online courts to speed up the process.

"We got a lot of ideas on how to improve the debt recovery tribunals and SARFAESI Act," he said referring to the Securitisation and Reconstruction of Financial Assets and Enforcement of Security Interest Act that empowers banks to recover their loans without court interventions.

Speaking about his budget proposal of constituting an expert group on bank consolidation, Jaitley said this will be accorded utmost priority. "What we need are strong banks. There shouldn't be any weakling in the link," he said.

"What we need are strong banks than numerically a large number."

Earlier, during his address at the retreat, the finance minister said both the bills on both the bankruptcy code and insolvency law were proposed to be brought before parliament in second part of this budget session.

Jaitley's deputy, Minister of State for Finance Jayant Sinha, said that the total stressed assets of the banking system was of the order of Rs.8 lakh crore, which comprised restructured loans and non-performing assets.

"How much of it will go into NPAs (non-performing assets) and how much of it will be provisioned for is actually a dynamic exercise that each bank will have to engage in as per their discussion with the borrowers," Sinha said.

In a recent presentation before industry, Reserve Bank of India Deputy Governor S.S. Mundra had said that the total bad exposures of banks, including rescheduled and written-off assets, was 17 percent of deposits as on September 15 last year, up from 13.4 percent in March 2013.

This works out to more than Rs.10 lakh crore in monetary terms.

The first Gyan Sangam, which was held in Pune and kicked-off by Prime Minister Narendra Modi, set the agenda for governance and management reforms in the banking sector. The second edition looked at transformation with reference to the asset quality review with the central bank.