Banks to remain closed for up to 4-days from Thursday

New Delhi, Mar 21 (PTI) Customers will not be able to conduct transactions in banks for 4 days in a row as they will be closed from Thursday in many states. 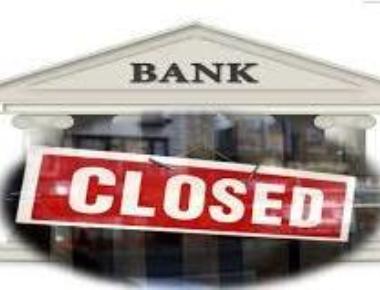 However, according to officials, banks will try to ensure that ATMs remain operational during these holidays.

Thursday will be a holiday for celebrating the Holi festival, followed by Good Friday and the weekend.

Banks are closed on second and fourth Saturdays every month. Hence, 4 continuous offs for bank employees in several states.

In states like Tamil Nadu, Kerala and Karnataka, however, there will not be a holiday on Holi, as per the IBA website.

Banks are trying to ensure that ATMs remain operational during these days so that people don't have any cash problem, a senior public sector bank official said.

They are trying to put higher denomination notes in ATM machines to ensure meeting the cash demand, the official added.

Meanwhile, IDBI Bank said: "A section of employees of the Bank have served a Notice of Strike from March 28, 2016 to March 31, 2016. If the strike materializes, normal Banking Services may be affected. In order to minimize the inconvenience to customers, the Bank has decided to keep all its offices open on March 26, 2016 (Saturday)."

The government owns around 80 per cent stake in the bank.

In Budget 2016-17, Finance Minister Arun Jaitley had said the government was open to bringing down its stake in IDBI Bank to below 50 per cent.