New Delhi, Oct 10 (PTI) Central Bureau of Investigation on Saturday carried out searches at residential and official premises of liquor baron Vijay Mallya and his now-defunct company Kingfisher Airlines in five places in connection with alleged default of over Rs 900 crore loan from IDBI Bank. 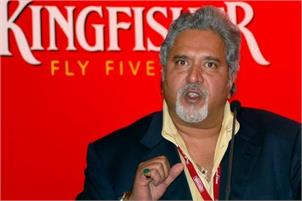 CBI sources said searches were carried out at the offices and residence of Mallya in Mumbai, Goa, Bangalore and other places.

They said a case was registered by the agency against Mallya, Director of defunct Kingfisher Airlines; the company; A Raghunathan, Chief Financial Officer of the Airlines; and unknown officials of IDBI Bank.

It is alleged that the loan was sanctioned in violation of norms regarding credit limits.

No immediate reaction was available from the company.

The CBI sources said an FIR into the alleged violations was registered recently as part of its wide probe into criminal aspects of loans declared to be non-performing assets by public sector banks.

The sources said there was no need for the bank to take the exposure outside the consortium.

Mallya would soon be called for examination in connection with the case.

"It was first exposure to the bank. There was no need for the bank to take the exposure outside the consortium when already other loans were getting stressed," a senior CBI official, probing the matter, had earlier said.

The bank will have to explain reasons for extending the loan to the airlines, ignoring its own internal report which has warned against such a move.

The CBI sources said the agency has registered a total of 27 inquiries and cases with regards to "bad loans" given by public sector banks to various corporates in 2013.

The consortium of 17 banks had an outstanding of over Rs 7,000 crore on loans from Kingfisher with State Bank of India having the highest exposure of Rs 1,600 crore.

The then CBI Director Ranjit Sinha had said bulk of non-performing assets were connected to 30 defaulter accounts.