New Delhi, Aug 31 (PTI) Finance Minister Arun Jaitley today virtually ruled out annual revision of pension as demanded by agitating ex-servicemen under 'One rank, One pension' but said government will safeguard interests of soldiers retiring at an early age through higher pensions. 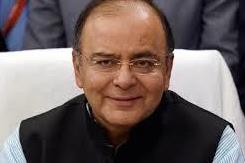 Annul revision in pensions do not happen anywhere in the world, he said.

Jaitley said the government was committed to OROP but the "only difficulty" is the "arithmetical translation".

"I have my own formula on what OROP means. Somebody else may have their own formula on OROP but it has to be within reasonable and rational criteria. You can't have an OROP where pensions are revised every month or every year," he said.

He said that recommendations of 7th Pay Commission for government employees was coming shortly.

"I have been very vigilant about fiscal prudence and therefore my job is really that of a housewife in the sense that you must measure every rupee that the house spends so that you don't overspend and then borrow and if you start borrowing beyond a point and indulge in fiscal indiscipline," Jaitley told ET NOW.

Ex-servicemen have been agitating for 78 days at Jantar Mantar here demanding implementation of One Rank, One Pension, including annual revision of pension.

"We accept the principle (of OROP). We will implement the principle but then let us not create incidence which are going to set (precedent for) other segments of the society to also start demanding (the same)," Jaitley said.

He, however, said, "we would like to safeguard the interest of those soldiers who retire at age of 35 or 38 years and the society must protect them... and therefore some higher pension on a special formulation is understandable but then it can't be revised every year."

Stating that the Indian political thought process that thinks rationally will not make "unreasonable concessions" merely on emotions, he said such a move can set precedent for others to seek similar benefits.

"Can the BSF do it? Can the CRPF do it? Obviously the thinking India will say it's not the right step to take. You can't create a liability that the future generations will have to pay. Therefore on a rational criteria OROP, we should certainly be able to implement," he said.