New Delhi, (IANS) The demonetisation tool used by the Indian government to drive out black money could have long-term benefits but its short-term economic costs would outweigh them, ex-Reserve Bank of India governor Raghuram Rajan feels.

"I was asked by the government in February 2016 for my views on demonetisation, which I gave orally. Although there might be long-term benefits, I felt the likely short-term economic costs would outweigh them, and felt there were potentially better alternatives to achieve the main goal," Rajan writes in his book "I do what I do" published by Harper Businss, an imprint of HarperCollins Publishers India. The book is to be launched by Rajan in Chennai on Tuesday. 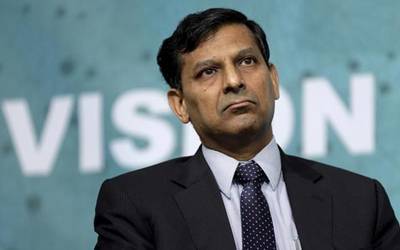 He further wrote on demonetisation: "I made these views known in no uncertain terms. I was then asked to prepare a note, which the RBI put together and handed to the government. It outlined the potential costs and benefits of demonetisation, as well as alternatives that could achieve similar aims."

He said that "If the government, on weighing the pros and cons, still decided to go ahead with demonetisation, the note outlined the preparation that would be needed, and the time that preparation would take. The RBI flagged what would happen if preparation was inadequate."

"At no point during my term was the RBI asked to make a decision on demonetisation," Rajan said in the introduction to the book.

Mentioning that his book was not a 'tell-all', Rajan stated that many questions were posed to him since he left the post of RBI governor but he had "resolutely refused to answer until my period of silence is over". He gave himself one year. The book is an edited collection of his speeches and articles.