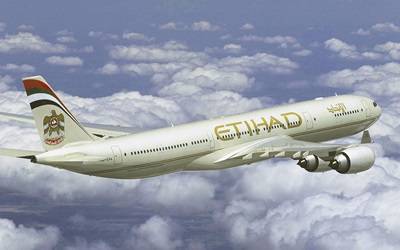 "This is a great reward for the monumental efforts all of us have put into making our young and progressive company a global leader in innovation, hospitality and style."

"It is an honour for us to present the trophy for World's Leading Airline to Etihad Airways for an incredible seventh consecutive year," Graham E. Cooke, World Travel Awards founder and president, said.

"Our international voters have recognised the United Arab Emirates' flag-carrier's commitment to luxurious travel and acknowledged its ambition to redefine how airlines operate in the 21st century," Graham said.