Singapore, Sep 18 (PTI) Expressing India's commitment to continuing with economic reforms, Indian Finance Minister Arun Jaitley on Friday said the government has several legislations in the pipeline that will be pursued in coming days. 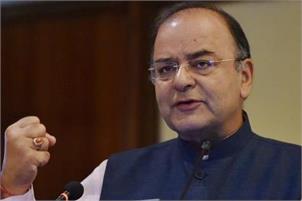 Asserting that reforms are an ongoing process, he assured investors at a function here that the government will continue them to make India an attractive investment destination and a better place to do business.

Jaitley is here to participate in The Singapore Summit and has bilateral meetings with several important government functionaries lined up.

"The bankruptcy code is ready and changes to arbitration laws and several other legislations are in the pipeline... For the next few years, we have our agenda full, reforms are an ongoing process," Jaitley said, adding that the legislations which could be taken in the form of the Money Bill will be pursued.

A Money Bill is important as it cannot be blocked by the Rajya Sabha where the ruling NDA does not have a majority.

Recalling that there was a time when the experts were talking about dropping India from BRICS (Brazil, Russia, India, China and South Africa), Jaitley said: "Today, India has become the fastest-growing economy among BRICS."

India is no more a nation suffering from policy paralysis and uncertain taxation regime, he said, adding that now-a-days states are vying with each other to attract investment.

Moreover, he added, as a net importer, the country has benefited from declining oil prices in the international market. It has helped contain inflation as well as fiscal deficit. .