Fiscal deficit not a cause for concern, says Jaitley

New Delhi, Oct 27 (PTI) There is no cause for concern on fiscal deficit and the government will meet its target for the current fiscal despite certain challenges on the disinvestment front, Finance Minister Arun Jaitley said on Tuesday. 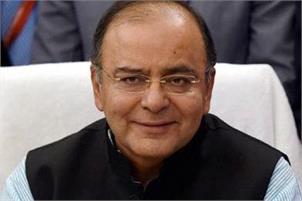 He also said that all efforts would be made to persuade opposition to allow the government to pass the Goods and Services Tax (GST) in the forthcoming Winter Session of Parliament.

Jaitley, speaking at an event here, said the government is working on further easing of FDI norms by removing conditionals which may not be necessary in today's context.

On fiscal deficit, he said: "I don't think there are any concerns... I had consciously kept a very modest fiscal deficit target that is the movement from 4.1 per cent which eventually became 4 per cent to 3.9 per cent (in 2015-16). The manner in which tax revenues and expenditure are moving, I don't see there's going to be any difficulty".

Admitting that disinvestment is a challenge mainly on account of global problem, Jaitley said the "metal stocks are not doing particularly well, and metal was a large part of kitty that we had planned for this year. I don't think it makes sense divesting at a time when prices are low".

Government had budgeted to raise Rs 69,500 crore through disinvestment in current fiscal. Of this, Rs 41,000 crore was to come from minority stake sale in PSUs and another Rs 28,500 crore from strategic stake sale. .