New Delhi, Jan 29 (PTI) Government of India has marginally revised downward the economic growth for 2014-15 to 7.2 per cent from the earlier estimate of 7.3 per cent after factoring in latest data on agriculture and industrial production. 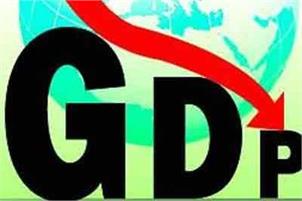 According to the statement, estimates of GDP and other aggregates for the years 2011-12 to 2013-14 have also undergone revision due to use of latest available data on agricultural production and industrial production.

GVA as a concept was introduced by the CSO last year to measure value addition in the economy.

The downward revision in GVA for 2014-15 is on account of subdued performance of secondary sector comprising manufacturing, electricity, gas, water supply & other utility services, and construction.