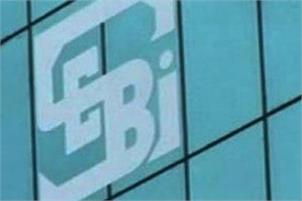 Sathe, who is also said to have been an RSS full-timer in the past and had unsuccessfully fought Lok Sabha elections as a BJP candidate in 1989 from Mumbai North-West against Congress' Sunil Dutt, has been appointed a "Part-Time Member of the Securities and Exchange Board of India for a period of three years", the Finance Ministry said in a notification.

This comes at a time when a huge uproar has been witnessed over alleged political considerations in appointments made by the government to various important institutions, including on Film and Television Institute of India (FTII).

Besides, various key positions are scheduled to go vacant soon at a number of regulatory bodies, including RBI and Sebi, and the government would need to fill them.
Sathe's appointment has also been made at a time when one more position is vacant on Sebi's board and its Chairman U K Sinha's current tenure will also end in a few months.

The notification, dated July 28, said that the appointment has been made under a provision of the Sebi Act that empowers the government to appoint five members on the board of this key regulatory body, which regulates stock exchanges, various kinds of market entities including brokers, mutual funds, FIIs, rating agencies and investment bankers, as also thousands of listed companies.

Sathe, who has been on boards of some companies as well as an independent director, is expected to attend his first Sebi board meeting later this month. A nominee member on Sebi's board, on condition of anonymity, said Sathe is probably a qualified person for this position, but still such appointments send across a wrong message if the person concerned has strong political affiliations.

Out of the five members that the government can appoint on the Sebi board, at least three must be whole-time members. In addition, the board includes a Chairman and three nominee members -- one each from the RBI, the Finance Ministry and the Corporate Affairs Ministry.

Going by the current board composition, the government can appoint one more member while Chairman U K Sinha's current tenure will also end in February 2016. While Sinha will be eligible for a one-year extension as per his age, there are murmurs that the government has already initiated a process to find his successor. However, a formal advertisement to invite applications is yet to be issued.

Sinha, a 1976 batch IAS officer of Bihar cadre, was appointed Sebi Chairman for three years in February 2011 and was later given a two-year extension, which ends on February 17, 2016. Among Sebi's three whole-time members, the current tenure of Prashant Saran and S Raman will end in 2017 while that of Rajeev Kumar Agarwal will come to an end in 2016.