Govt hikes excise duty on petrol by Rs 1.6 per litre, diesel by 40 paisa

New Delhi, PTI:: The government hiked excise duty on petrol by Rs 1.60 per litre and the same on diesel by 40 paisa a litre to mop up additional revenue to meet budgetary targets. 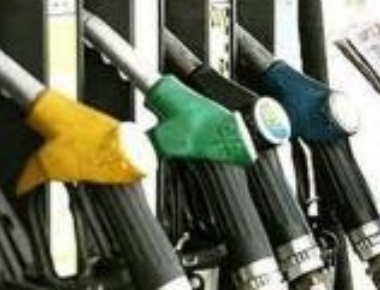 The basic excise duty on unbranded or normal petrol was increased from Rs 5.46 per litre to Rs 7.06 a litre, according to a CBEC notification.

After including additional and special excise duty, the total levy on petrol will be Rs 19.06 per litre as against present levy of Rs 17.46.

Similarly on unbranded or normal diesel, excise duty has been increased from Rs 4.26 per litre to Rs 4.66 a litre. After including special excise duty, total incidence of excise duty on diesel will be Rs 10.66 per litre as against present Rs 10.26.

The excise duty on branded petrol has been hiked from Rs 6.64 to Rs 8.24 per lire. Special and additional excise duty of Rs 12 per litre will continue as before.

On branded diesel, excise duty has been increased from Rs 6.62 to Rs 7.02 per litre. Additional excise duty of Rs 6 per litre will continue as before.

The government had previously in four installments raised excise duty on petrol and diesel between November and January to take away the reduction in retail rates that was warranted from falling international oil prices.

The four excise duty hikes between November and January totalled Rs 7.75 per litre on petrol and Rs 6.50 a litre on diesel.

The four excise duty hikes between November and January had led to about Rs 20,000 crore in additional revenue to the government, helping it meet its fiscal deficit target.

Tax on petrol and diesel was first hiked by Rs 1.50 a litre each from November 12. Then again from December 2, the excise duty on petrol was raised by Rs 2.25 per litre and by Re 1 on diesel.

This was followed by the government hiking excise duty on petrol and diesel by Rs 2 per litre each from January 2 and a similar proportion from January 16.