Govt not to take any knee-jerk reaction on P-Notes: Jaitley

New Delhi, Jul 27 (PTI) To soothe nerves of jittery foreign investors after an SIT on black money suggested stricter norms for P-Notes, the Government today said it will not take any "knee-jerk" reaction that will will adversely impact country's investment climate. 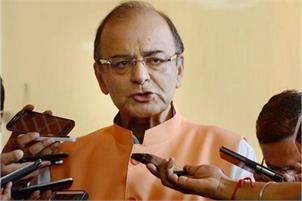 With markets tanking on the recommendations of the Supreme Court-appointed SIT on black money last week that Sebi should tighten norms related to Participatory Notes (P-Notes) investments into India, Finance Minister Arun Jaitley said the government will study the suggestions before taking a stand.

"It is too early to say what view the government would take. But the it will certainly not take any such action in a knee-jerk reaction, particularly one which has any adverse impact on investment environment," he told reporters in his Parliament House Office.

"No such step would be taken which could adversely impact investment sentiment in the country," Jaitley said.

Jaitley said the suggestions and recommendations made by the SIT on black money will come up to the government and "the government will apply its mind in due course keeping in mind the investment environment of the country as also the objective behind the SIT recommendations and then take a final view on the matter."

The SIT had suggested that the Securities and Exchange Board of India (Sebi) to put in place regulations to help identify individuals holding participatory notes or offshore derivative instruments (ODIs), and take other steps required to curb black money and tax evasion through the stock market route.

A similar recommendation in 2007 had triggered a major collapse in the stock market, prompting the then Finance Minister P Chidambaram to announce that no such measures would be taken by the government.

Participatory Notes or P-Notes are instruments issued by registered foreign institutional investors (FII) to overseas investors, who wish to invest in the Indian stock markets without registering themselves with the market regulator.