New Delhi, (PTI): With prices of pulses skyrocketing, the government has decided to import an additional 5,000 tonnes of tur dal through state-owned MMTC in the coming days. 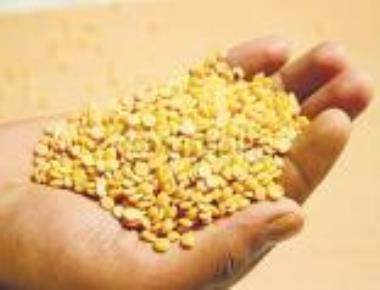 Already, MMTC has tendered import of 5,000 tonnes each of tur and urad dal. The shipments will be reaching the country by September 5.

The imported dals will be supplied to state governments at subsidised rates for further distribution to retail consumers, who are at present paying beyond Rs 150 per kg for tur dal and other key lentils.

"A committee of secretaries reviewed the prices of key essential commodities, especially onion and pulses, yesterday. It recommended further import of 5,000 tonnes of tur dal to keep prices under control," a senior government official privy to the decision told PTI.

The Food and Consumer Affairs Ministry has been asked to hold a weekly meeting to review prices of essential commodities, the official added.

Pulses prices have shot up due to gap in domestic supply and demand. The centre has taken several steps to increase availability and rein in prices.

States have been empowered to impose stock limits on pulses, export of all pulses is banned except Kabuli Chana, organic pulses and lentils to the tune of 10,000 tonnes and there is zero duty on import of pulses.

India imports about four million tonnes of pulses largely through private trade. But this time, the government has started importing pulses after a gap of two years.