New Delhi, Feb 1 (PTI) In jail for almost two years now, embattled Sahara group chief Subrata Roy says being confined to a prison cell with only basic amenities came as a "rude shock" and he has often wondered what "wrong" he has done. 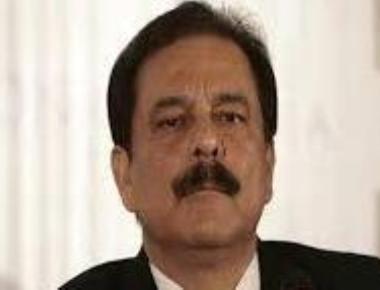 In a book released today -- on Sahara's 39th Foundation Day and incidentally a day before a crucial hearing in Supreme Court -- Roy also said that "life in jail can be painful and lonely" but he has managed to keep the stress away at all times and he always leads a "totally tension-free life".

The book titled 'Life Mantras' is the first of a trilogy 'Thoughts from Tihar' that Roy has penned while in judicial custody in Tihar Jail in connection with a long-running investor refund case, running into thousands of crores of rupees, with the markets regulator Sebi.

"My judicial custody in Tihar jail and being confined to a prison cell with just the basic amenities definitely came as a rude shock.

"I, like any other human in confinement, could not contain my thoughts and at times felt an emotional outrage, 'why me?', 'what have I done wrong to deserve this?'. Thoughts such as these often raced through my mind," Roy said in the book.

The Sahara group chairman said that life in jail can be painful and lonely. "Fortunately, God has blessed me with the ability of keeping stress away at all times," he added.

According to Roy, living all alone without any contact with the outside world would make people pull their hair or even go insane.

While asserting that "time is a great healer", Roy said money is a good servant but a bad master.

Talking about people who give importance only to money "the material aspect", the Sahara chief said such people may say that they can live quite beautifully and happily if they have lots of money and material riches.

In a situation where all the riches wished for are given, "the man will certainly be pleased beyond measure", he said in the book where he also stressed that the work is not his autobiography.

But at the same time there will be a condition imposed on him that he will have to live all alone with the gates of the palace locked from outside, not allowing him any contact with the outside world, not even through television or radio, Roy has written in the book.

"In such a case, some will take twenty days, some thirty and some forty, but soon after when the gates are opened, they will be found pulling their hair or having gone insane.

"If anyone of you does not believe this he can meet me and I will prove it to him practically," Roy said.

"Do you know why such a person goes mad? It is because he has stopped getting food for his internal personality.

There is no exchange of duties. He is neither performing his duties towards anyone nor is he sharing his emotions with anyone," he noted. .