Hong Kong, Sep 21 (PTI) Promising a simple and globally competitive tax regime, Finance Minister Arun Jaitley on Monday said the government is confident of the new GST regime to roll out from the next fiscal and expressed confidence about an early resolution of pending disputes on direct taxes front. 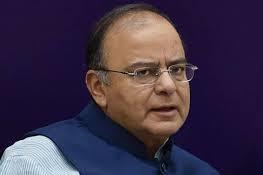 While expressing confidence that GST would be passed in the Rajya Sabha as well in the next session, he said it's not necessary to implement it from April 1, 2016, itself as it is a transactional tax and can come into effect from the first date of any other month as well.

"The Congress party is trying to delay the new tax, but you must remember, it is a transactional tax and not an income tax.

"So, it can come up on the first of any month. Delay from April 1 does not mean that it will go to April 1 of the next year. That only happens in income tax," Jaitley said here at a press conference on the last day of his four-day visit to Singapore and Hong Kong.

On direct taxes and the pending disputes regarding some foreign companies, including Vodafone, Jaitley said most of the past issues have been resolved either by expeditious judicial adjudication process or by asking expert panels.

"I cant tell you the exact process that we will follow, but my objective is to have a resolution."

Promising an easy tax regime, he also dismissed the suggestions that the government has been trying to resolve this issue for a long time, but has not been able to do so.

"For the future, retrospective is over. MAT is over.

Transfer pricing has been resolved. It is not that we have been only talking about these things, we have been acting on it," he said.

On the government's failure to get the controversial land law amended, Jaitley said, "Land is a concurrent subject and therefore, states have now said they want to bring changes after getting them approved by the Centre. We have agreed to that. This is an easier course."

"That apart, there are some good reasons why India does not get impacted adversely. China's entire production or supply chain... we are not any significant partner there.

Second, the impact of oil and commodities goes to our advantage. Third, investors would have to look elsewhere also and there we have the best opportunity."

He also said Chinese investments are very much welcome in India.

"We welcome them and they have invested in many sectors, including in infrastructure. They are setting up telecom equipment facilities," he added.

He also said the rupee has performed much better than most global currencies.

"The rupee was the only one to withstand the pressure from a strong dollar. It is only after devaluation in China it suffered for some period. Let's wait and watch. In the last few days, it came back again," he added.

Jaitley also said it was the decision of the US Federal Reserve whether and when to hike rates, but speculation continues on that front for now.