Mumbai, Sep 28 (IANS) Finance Minister Arun Jaitley on Monday rang the symbolic opening bell to mark the merger of two markets watchdogs -- the Forward Markets Commission for commodity futures with the Securities and Exchange Board of India -- at a function here. 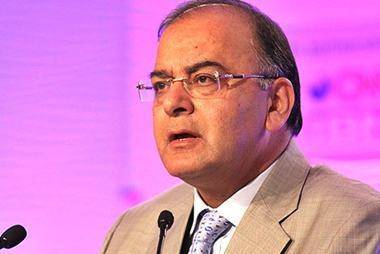 "This merger indicates how the size of our markets have grown and how India has now become more aspirational," Jaitley said at the function at the Trident hotel in downtown Mumbai. "It also reflects how sectoral challenges have changed."

The finance minister said India has to continue to change, evolve and reform. "Our nation is no longer satisfied with 6-8 percent band of growth," he said, adding that this had become even more compelling since the world today was looking at India differently with much expectation.

SEBI chairman U.K. Sinha said the priority post the merger would be to develop trust in India's commodities market. "All steps will be taken to develop the market," he said.

Jaitley had indicated an earley merger of the watchdogs in his budget speech earlier this year.

"I also propose to merge the Forwards Markets Commission with SEBI to strengthen regulation of commodity forward markets and reduce wild speculations. An enabling legislation, amending the Government Securities Act and the RBI Act is proposed in the Finance Bill, 2015," he said.

The merger on Monday is the result of the suggestions made in May 2003 by the Inter-Ministerial Task Force on Convergence of Securities and Commodity Derivatives Markets, chaired by bureaucrat Wajahat Habibullah.

"Even though there are some differences in commodity and financial derivatives markets, they have close resemblance in so far as trade practices and mechanism are concerned. Indian securities market has witnessed significant structural change since 1990s," the task force said.

"If derivatives in commodities resemble securities, then the developmental challenge of obtaining sound institutions for trading commodity derivatives can be eased by using the stable and mature institutions that are found in the securities markets," said.

"If the institutions of the securities markets are used, this would speed up the pace at which modern market institutions become available to farmers, and accelerate the growth rate of the agricultural sector."

Other benefits outlined for merger include: Economies of scale and scope,the possibility of strengthening the commodity spot market, better serving of stakeholders, strengthening the price discovery for farmers and desirable impact on the informal market.