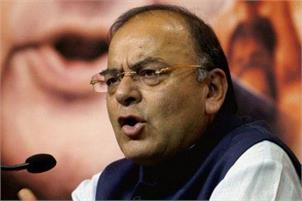 Not ruling out a few initial glitches when more than a dozen state and central taxes are abolished and barriers between 29 states done away with, Jaitley said the system is fully geared up and will eventually smoothen itself out.

While there have been sporadic protests in some cities against implementing the GST without giving businesses more time to prepare, Trinamool Congress has decided not to attend the gala event planned in Central Hall of Parliament on June 30 midnight to usher in the mega tax reform.

West Bengal Chief Minister Mamata Banerjee termed the "hurried" roll out of the GST as "epic blunder" by the Centre and demanded deferring it by six months to help small businesses.

Jaitley, however, said the date of GST implementation, rules and tax rates had been decided through a consensus by the GST Council -- a body that is made up of representatives from each state as also the central government.

"Those who are talking in terms of deferring (GST) by 6 months and so on, that's a constitutionally impossible thing," the finance minister said.

The Constitutional amendment approved by Parliament in September last year gives time only till mid-September to replace the existing indirect tax structure by the GST. In absence of the GST, there will be a constitutional crisis as no tax can be levied on goods and services.

"More importantly there is a constitutional mandate, and the mandate is on September 15 you will lose your right to collect existing taxes. So, therefore, the alternate system has to come in place and hopefully, by that date the (GST) system will come into place in a more smooth manner," he said.

The GST Constitutional Amendment Bill provides for roll out of the Goods and Services Tax by September 15, failing which the government will lose its legal entitlement to collect taxes.

Besides, the SGST bill was passed unanimously by the state legislatures, barring one or two.

With regard to Jammu and Kashmir, which is yet to pass the SGST bill, the Union finance minister said, "The state government has been making efforts to pass it through larger consensus."

"They (J&K) have their own legislative system and I hope they are able to do its own. I have emphasised on the state government that if they don't join the GST, or till such time that they don't join, their consumers and traders will have to pay tax twice over," he said.

Earlier this week, Jaitley had written to J&K Chief Minister Mehbooba Mufti nudging the state to roll out the GST from July 1 as failure to implement it will lead to "adverse impact" of price rise and put local industry at a disadvantage.

"The same product is going to be cheaper in other parts of the country than in that state. So it is in the interest of consumers, citizens of the state to join the GST," Jaitley said.

Asked if there is a rethink on the tax rates as demanded by sectors like textiles, he said the GST Council is always working with an open mind.

"...If you see great force in some argument, the Council has always shown its openness. No one Central or state government can decide this. It is collectively decided by all of us. So far, every decision has been merit based. It is neither being partisan, nor being dictated by any form of pressure," Jaitley said.

Over the two months, the GST Council, chaired by Jaitley and comprising state representatives, fitted goods and services in the tax bracket of 5, 12, 18 and 28 per cent.

The Council has met 17 times since September and decided on rules and regulations for the new indirect tax regime.