Mahindra mulls to set up operations in UAE

Dubai, Mar 9 (PTI) Mahindra Aerospace aims to set up operations in the UAE in the near future, Chairman of the company S P Shukla has said. 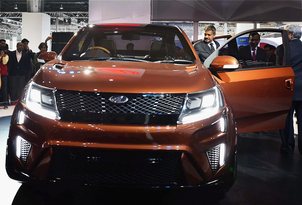 Speaking at the Global Aerospace Summit in Abu Dhabi, Shukla said Mahindra is currently the only Indian company that produces aircraft and sell them in 30 countries including in the US and in parts of Africa and Asia.

He said Mahindra Aerospace aims to set up operations in Abu Dhabi in the near future.

Mahindra Aerospace currently produces the Airvan 8, a rugged and versatile utility aircraft in its class. It is also developing a 10-seat turboprop, the Airvan 10, which is on schedule for certification, the company had said last year.

"Within the MRO sector the bottlenecks are being sorted out little by little. It's now a matter of time before we see MRO hubs emerging in India," he said.

At the summit, aviation and space leaders from India and Saudi Arabia have expressed their willingness to partner on FDI projects within their own market and said that time is right to collaborate as their industries are on an upswing.

Abdulrahman Altayeb, Advisor to the Director General on Privatisation and VP Fleet Management and Agreements, Saudi Arabian Airlines, said that the Saudi aviation landscape, which is currently undergoing increased liberalisation, privatisation and expansion, will see its fleet and passenger numbers double within a few years.

Predicting the country's aviation landscape over the next 15 years, Abdulmohsen O, Aynousah, Director Technical Sales & Marketing, Saudi Aerospace Engineering Industries (SAEI), said that within the space of one and a half decades, the Kingdom would be self-sufficient in assembly and maintenance within the components sector.

"For those people who have cash in their pockets, this is the time to move into the Kingdom of Saudi Arabia," he said.

Altayeb believes that the sector will contribute between 10-15 per cent of the country's non-oil GDP within the 15 years - up from its current level of 2 per cent.