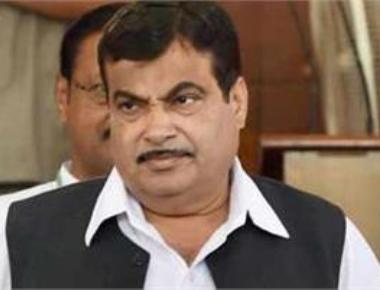 The investments, however, will depend on the outcome of the negotiations on gas price as Iran has offered to supply natural gas at USD 2.95 while India wants rates to be lowered.

"Prime Minister will hold a meeting soon, may be this month to consider investment proposals from different ministries at the Chabahar SEZ. If we get gas at reasonable rates from Iran we will definitely think on Chabahar," Gadkari told PTI.

India is ready to invest Rs 2 lakh crore at Chabahar SEZ in Iran but the investments would depend on gas prices, the minister added.

He said India has also received proposals for gas from three other nations and was "assessing all alternatives" without disclosing the names of the countries.

Gadkari said among other investment plans in roads, ports and railways, India proposes to set up a gas-based urea plant at Chabahar while exploring other alternatives too.

"In China coal-based urea is manufactured that costs Rs 10,000 a tonne. It is a Rs 100-crore project. We are assessing all these alternatives," he said.

India, which imports around 8-9 million tonnes of the nitrogenous fertiliser, is negotiating for a price of USD 1.5 per mmBtu with the Persian Gulf nation in a move which if successful will see a significant decline in the country's Rs 80,000 crore subsidy for the soil nutrient.

With the US and other Western powers easing sanctions against Iran, India has been in talks with Tehran to set up a gas-based urea manufacturing plant at the Chabahar port, besides developing a gas discovery ONGC had made.

India has already pledged to invest about USD 85 million in developing the strategic port off Iran's south eastern coast, which would provide India a sea-land access route to Afghanistan, bypassing Pakistan.

If urea plant is set up there, it will result in slashing of urea prices in India by 50 per cent and cut on huge subsidy on urea, which is Rs 80,000 crore, he said adding that Iran has invited Indian delegation there and he will lead it.

The ministries of Chemical & Fertiliser and Petroleum are working on the proposed 1.3 million tonnes per annum plant, which once successful, will lead to urea prices coming down by 50 per cent, he had earlier said.

The Minister had visited Tehran in May, and both nations had inked a pact to develop the Chabahar port.