Money laundering to become difficult in next 1-2 years: FM 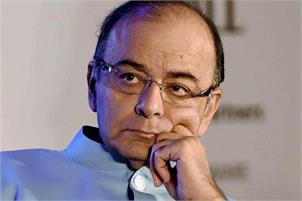 "I am quite certain that the activity is going on in that direction and the next 1-2 years are also going to bring significant results because with almost real-time exchange of information, lives are going to become extremely difficult as far as lawbreakers in that regard are concerned," he said.

In his inaugural speech at international conference on 'Networking the Networks', he said tax evasion and parking of illegal money anywhere in the world is increasingly becoming difficult as G20 has taken an initiative and various international agencies have now stepped in.

"... the world is also increasingly moving towards a situation where you can't shift the profits that you earn in one jurisdiction and erode the capital base of that jurisdiction itself," he said.

At the G20 nations' Australia summit last November, leaders endorsed a new global transparency standard by which more than 90 jurisdictions will begin automatic exchange of tax information, using a common reporting standard by 2017-18.

India is one of the early adopters of the automatic exchange of information standard.

He also said the Regional Centre for South Asia is going to be discussed in the meeting in order to strengthen international cooperation with regard to money laundering and tax evasion.

The South Asian Regional Intelligence Coordination Centre is likely to be set up, with seven member countries, including India, to be part of it.

"Once it is operational, it will allow South Asia Region to connect with other regional and global platforms and allow quick and secure information exchange to combat global crimes," Adhia said.