Chennai, (IANS) India's leading stock exchange National Stock Exchange of India Ltd (NSE) on Wednesday said it has issued notice to 260 companies for not having appointed a woman director. 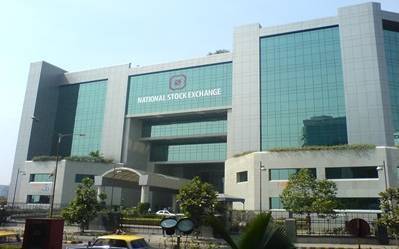 The stock bourse, in a statement, said: "In compliance with the SEBI (Securities and Exchange Board of India) directive, NSE has issued notices to 260 companies (this includes suspended companies) who have not complied so far."

Markets regulator SEBI had stipulated that listed companies should have at least one woman representative on their board. Several of the companies met the SEBI deadline of March 30 by finding suitable persons and some by appointing close relatives of promoters.

"With some companies replying, rest are at various stages of evaluation. Out of these companies, 145 are among suspended companies while the rest are active. After the serving of notices recently, one has already complied while many others are expected to follow," NSE said.

The total listed companies are 1,750 and out of them 189 were suspended due to non-compliance of various nature.

According to NSE, as per a study undertaken in association with N Balasubramanian, adjunct professor, IIM - Ahmedabad, 1,186 companies have women directors on board out of 1,451 as on April 1, 2015.

The other stock exchange BSE has cracked the whip on 530 companies that have not appointed a woman director, asking them to pay the fine for non-compliance, said an official.

"We have sent notices to 530 listed companies out of 4,262 companies that are eligible for trading. The total number of companies that are listed in BSE are 5,712 and out of them 1,450 have been suspended," the official, who didn't want to be named, told IANS earlier.

According to SEBI, listed companies that comply with the norm between April 1-June 30 would be levied a fine of Rs.50,000.

For companies that comply with the stipulation between July 1-September 30, the fine will be a total of Rs.50,000 plus Rs.1,000 per day from July 1 till the date of compliance.

For listed companies that appoint women directors on or after October 1, the fine is Rs.142,000 plus Rs.5,000 per day from October 2015 till the date of compliance.