New Delhi, Feb 5 (IANS) The government has to provide Rs.1.10 lakh crore in the next fiscal's budget for implementing the One Rank One Pension (OROP) scheme and the 7th Pay Commission award, Finance Minister Arun Jaitley said on Friday. 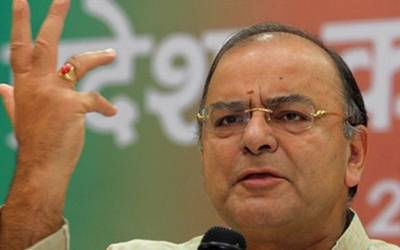 "During the financial year 2016-17, the central government has to make provision for about Rs.1.10 lakh crore in order to meet the liabilities on account of implementation of 7th Pay Commission recommendations and OROP scheme," Jaitley said addressing the consultative committee attached to the finance ministry, according to an official statement here.

The 7th Pay Commission has recommended increasing the remuneration of around one crore government employees and pensioners that is expected to cost the exchequer an additional Rs.1.02 lakh crore in 2016-17.

The finance minister also said that India has the potential to grow at a much faster pace, while agricultural growth in the last two years had suffered mainly due to insufficient rains, which resulted in the highest disbursal ever to the states for drought relief during the current financial year.

"More incentives will be given to agriculture sector for increasing agriculture production and productivity," he said.

"The world economy is passing through an uncertain and fragile situation. The silver lining is low international commodities and oil prices, which in turn has helped in better the macro-economic situation of the country," Jaitley added.