New Delhi, (PTI) The Government today ruled out any proposal seeking to convert a part of Air India's long-term borrowings into equity or privatising the airline. 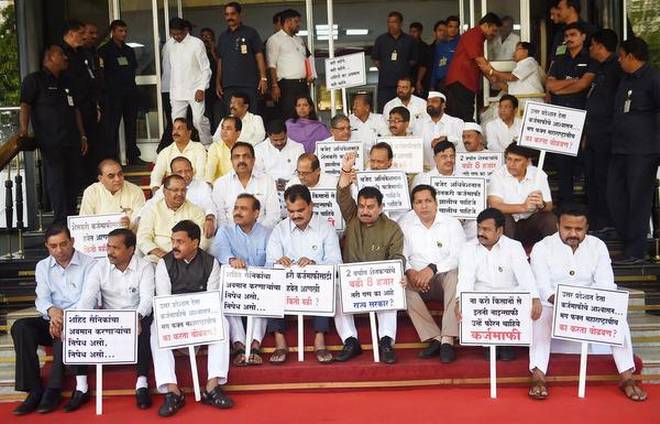 Government is not considering inducting banks as strategic investors in Air India or privatising the airline, Minister of State for Civil Aviation Jayant Sinha said in a written reply in Lok Sabha Sabha.

Earlier, a section of media had reported that Air India had asked banks to recast its long-term debt of Rs 9,000 crore through the Scheme for Sustainable Structuring of Stressed Assets (S4A).

As part of the airline's turnaround plan, the minister said till date Rs 24,723.74 crore have been released as equity support to Air India.

As part of the turnaround strategy for Air India, the company with the overall support of the government has initiated a number of steps in order to cut costs and losses, he said.

The airline has constantly been improving its operational and financial performance, he said, adding it posted an operating profit of Rs 105 crore in FY 2015-16, thereby advancing the turnaround plan target by two years.