New Delhi, Aug 25 (PTI) Prime Minister Narendra Modi has voiced serious concern over call drops and directed officials to resolve the problem urgently besides ensuring that it does not extend to data connectivity. 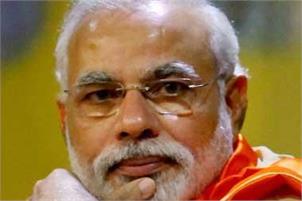 Reviewing the progress of digital infrastructure, rural infrastructure and connectivity sectors, he also pushed for ensuring the implementation of a proposal to electrify all villages of the country within 1000 days, an announcement he made in his Independence Day address earlier this month.

While reviewing the status of mobile connectivity in the country, Modi expressed serious concern over the issue of call drops, which he observed, directly affects the common man, a PMO statement said about the meeting held last evening.

He asked officials as to what was being done to address this problem and directed them that steps be taken urgently to resolve the problem, it said.

The Prime Minister also asked the officials to ensure that the problems in voice connectivity do not extend to data connectivity in the future, the statement said.

Officials were directed to explore the possibility of leveraging existing resources, including railway and other communication infrastructure, to provide mobile connectivity in remote, unconnected areas.

Modi emphasized that the targets for digital infrastructure should be synchronized with those for the 'Digital India' initiative, the PMO said.

He also sought details from officials on preparations for providing electricity to all unconnected villages in the country within 1000 days, as mentioned in his Independence Day address.

The departments concerned were directed to monitor progress towards this goal on a real-time basis, the PMO said.