New Delhi, Oct 16 (PTI) The government today said it will buy 40,000 tonnes of pulses from farmers to create a buffer stock for controlling prices, which have soared up to Rs 190 per kg in the retail markets. 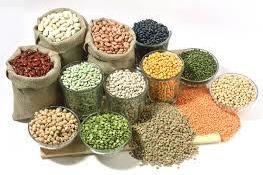 The government will purchase 30,000 tonnes of tur dal and 10,000 tonnes of urad dal from farmers at market rates, Minister of State for Agriculture Sanjeev Kumar Balyan told reporters here today.

In order to give relief to common man, he said the Kendriya Bhandar and Mother Dairy's Safal outlets would sell imported tur at Rs 120-130 per kg in Delhi. Andhra Pradesh and Tamil Nadu have also started selling imported lentils.

Earlier this week, an inter-ministerial group, headed by Finance Minister Arun Jaitley, decided to create a buffer stock of pulses preferably through imports. The Group also decided to use the Price Stabilisation Fund (PSF) to boost supply and check prices.

Cooperative Nafed will be given funds from the PSF, managed by the Agriculture Ministry, to buy pulses. The buffer stock will be offloaded to provide relief to consumers from rising prices, the minister said.

The minister said there is shortage of pulses in the global market and prices too have increased.

"The price increase in the domestic market is mainly due to shortage in production owing to poor rainfall. Private traders are taking advantage of this situation," he said.

The prices of pulses have risen unabated for the past few months due to a fall in domestic output by about 2 million tonnes (mt) to 17.20 mt in 2014-15 crop year (July-June) owing to deficient monsoon and unseasonal rains.

Retail prices of tur dal have risen up to Rs 190 per kg in most parts of the country, from Rs 85 per kg a year ago.

Similarly, urad dal prices rose to nearly Rs 190 per kg from Rs 100 per kg in the year-ago period. .