Washington, Aug 29 (PTI) Hinting at the fourth interest rate cut this year, RBI Governor Raghuram Rajan has said he is not done with lowering rates and the central problem for the entire world remains slowing economic growth. 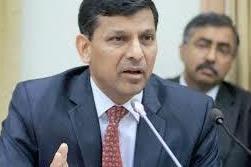 Rajan, who was participating in the elite Jackson Hole economic symposium of the Kansas City Federal Reserve, also said Reserve bank of India (RBI) has reached an agreement with the government on a new rate-setting panel, the Monetary Policy Committee, which would be announced soon.

Rajan, who has under pressure from the government and the industry to further cut rates, said RBI is still in an "accommodative mode" and would take a decision as per the data on inflation and other macroeconomic factors.

"We also have inflation which other people do not have.

We have cut the interest rate thrice so far this year and we are still in accommodative mode. We will have a look at data as it comes in and take a view accordingly.

"We have not said we are finished (on cutting rates) and we will take a view as the data allows us to do," Rajan told CNBC in an interview on the sidelines of Jackson Hole summit.

Interestingly, it is the same summit where Rajan had once famously presented a paper that talked about an imminent global financial crisis, which eventually hit the world markets in 2007-08. Rajan was IMF's chief economist when he made that famous 'prediction'.

On China, Rajan said India was a big trading partner, but still the impact may not be as big as some other countries from any slowdown in Chinese economy.

"If in fact there is a greater Chinese slowdown than is anticipated, it won't affect us as much as other countries around the world... Of course, everybody would like stronger Chinese growth, but to some extent we are among the least affected," he added.

He also advised the US Federal Reserve against raising the rates when the world economy is in a turmoil.

"My position over time has been don't do it when the world is in turmoil... It is a long anticipated event, it has to happen sometime -- everybody knows it has to happen -- but pick your time," he said. .