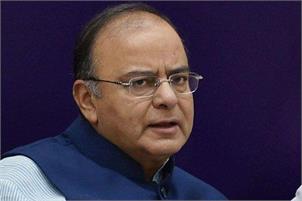 "We will have to wait and watch the trajectory of inflation going forward. But the RBI policy is broadly in line with market expectations," Economic Affairs Secretary Shaktikanta Das said here.

RBI today left the key policy rate unchanged but indicated at accommodative stance saying with "inflation moving closer to the target" there would be more room for rate cut to support growth.

The repo or short-term lending rate remains unchanged at 6.75 per cent and the reverse repo rate at 5.75 per cent.

With regard fiscal consolidation roadmap, he said "the government will spell out its final views on that in the budget.

"The government continues to remain committed to the path of fiscal consolidation, to the path of maintaining quality of expenditure, maximising the revenue, improving governance, ensuring projects are better implemented and growth is revived," he said.

For the current fiscal, the government has set the target of meeting fiscal deficit of 3.9 per cent of GDP compared with 4 per cent in the last fiscal.

Originally, the target was to bring down fiscal deficit to 3.6 per cent of the GDP in 2015-16 but it has been postponed by a year. Now, government is targeting 3.9 per cent in the current fiscal and 3.5 per cent by next year.