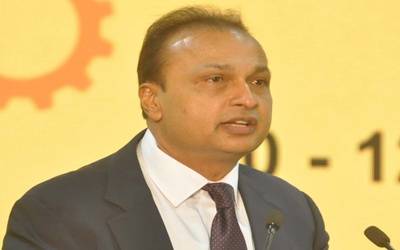 "We've invested nearly Rs.5,000 crore in Karnataka across a wide array of sectors from telecom to energy to entertainment to financial services and now defence and created nearly 5,000 jobs," Ambani told the inaugural event of the "Invest Karnataka Summit".

"But we are ready for much more. And I am here today to make a big commitment in that direction by announcing the Dhirubhai Ambani Centre for Innovation and Research in Aerospace," Ambani added.

According to him the new initiative, to come up under the Reliance Defence banner, will be a knowledge-driven technology venture to symbolise the "Bengaluru spirit" of innovation. It is slated to come up at Whitefield on the outskirts of this tech-driven city.

"The aerospace industry has always taken the lead in the rapidly changing technology. While we are talking about 5th generation fighter aircraft, 6th generation technologies are already finding applications," he said.

Last year the group had announced the Dhirubhai Ambani Aerospace Park, spread over 400 acres at the multi-modal international cargo hub and airport at Nagpur, to create an ecosystem for the indigenous manufacture of aerospace components.

It intends to form a cluster of manufacturers for major aircraft components, spares and avionics requirements of the aerospace industry.