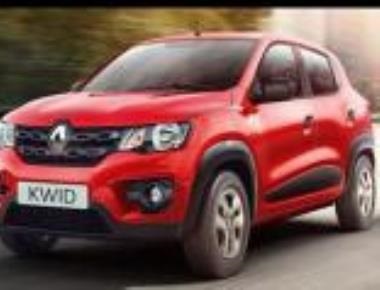 The hatchback, which would come in four variants and two options, is priced between Rs 2.57 lakh and Rs 3.53 lakh (ex-showroom Delhi).

"We are not launching a car but a new era. With Kwid we are launching a new benchmark for automotive industry. No car can be compared to Kwid at this point in time," Renault India Operations, Country CEO and Managing Director, Sumit Sawhney, told reporters here.

The company has taken the localisation level to 98 per cent in Kwid, the highest ever by an auto manufacturer in India at the onset of launch, he added.

The compact hatchback's maintenance cost would be around 19 per cent less than the market leader, Sawhney claimed.

"With Renault Kwid we offer our customers the best compact hatchback which has been designed and developed by Renault’s global teams including India, making it a truly international car," he said.

With Kwid, Renault would be entering the mini car segment which accounts for nearly 25 per cent of the total automobile sales volumes in the country.

Developed with an investment of around Rs 3,000 crore, the SUV-shaped small car will be powered by an 800cc petrol engine. The company is looking to make India a regional hub for exporting the new car.

Kwid is powered by all-new 0.8 litre engine delivering mileage of 25.17 kmpl, making it the country's most fuel efficient petrol car.

The car comes with various features including class leading ground clearance of 180 mm and a boot capacity of 300 litres with a seven-inch touchscreen Media Nav system and a digital instrument cluster.

India is the first market where the company has launched the hatchback. Renault plans to roll out the model across various markets globally.

Renault has set a target of cornering 5 per cent market share in India and the new car will play a big role in it.

Previously, Renault's presence in the hatchback segment was limited to Pulse with a starting price of Rs 5.03 lakh (ex-showroom Delhi).

The company sells six models in India, including the popular SUV Duster and recently-launched MPV Lodgy.