New Delhi, July 27, 2015, (IANS): Samsung retained its premier position in the Indian smartphone market at the end of the second quarter (April-June) of the current calendar year with a market share of 24.5 percent, data released by Hong-Kong based Counterpoint Research shows. 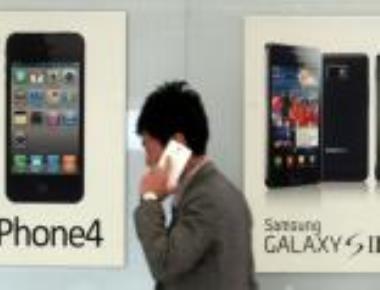 Micromax regained market share during the June-ending quarter mostly due to increase in sales from online sales channel and its Bolt series, the analytics firm said.

According to the report, Micromax's new brand Yu, which launched its second model Yuphoria during the quarter, also boosted sales volumes.

The vendor has also scaled up its domestic manufacturing operations in its local facility in Rudrapur with a production output of now 2 million units per quarter which also pushed the firm towards the top spot, it added.

"Samsung remained aggressive in terms of promotion during the quarter with its flagship models S6 and S6 edge launch. As a result, Samsung's S6 series shipments sell-in remained healthy and out-shipped iPhone 6 series by 2:1," the report said.

Intex took the third position, capturing slightly under 10 percent of the smartphone market, riding on the demand of sub-$100 smartphones. Lenovo and Lava grabbed the fourth and fifth spots, respectively.

"The Cupertino-based vendor also crossed 1 million unit shipments in the seven months of its fiscal since October 2014. An achievement that it took almost 12 months to manage in its last financial year," the analytics firm said.

As per the report, the overall India mobile phone market registered a year-on-year decline of two percent and a quarter-on-quarter increase of four percent.