New Delhi, Apr 7 (PTI) The multi-agency group, set up to probe offshore accounts disclosed in Panama Papers, is analysing each and every account and those having illegal holdings will not "get sleep at night", Finance Minister Arun Jaitley said today. 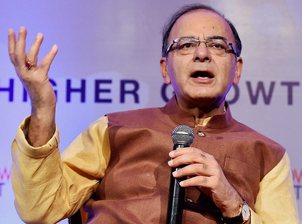 Panama Papers this week disclosed a list of nearly 500 Indians including celebrities and industrialists who allegedly stashed money in offshore entities in Panama, considered to be a tax haven.

"Now these Panama names have came into the limelight. In last three days we have formed a group. We are analysing each and every account to find which is legal and which is illegal," he told ETV.

In a stern warning, Jaitley said, "Those who are having legal accounts, they need not worry and those having illegal accounts won't get sleep at night."

Soon after the names of Indians holding overseas account appeared in the leaks, government set up a group comprising of officials from the RBI, I-T Department, Financial Intelligence Unit and Foreign Tax and Tax Research to investigate whether the money deposited in the tax heaven are legal or illegal.

"Those people who have kept it illegally, we will try to detect it fully. And I think that soon every thing will be made clear," Jaitley said.

RBI Governor Raghuram Rajan had said on Tuesday that the multi-agency probe will look into the legitimacy of such holdings of Indians named in the leaked Panama list.

It is important to note that there are legitimate reasons to have accounts outside and the LRS scheme allows you to take money outside, Rajan had said.

Under the Liberalised Remittance Scheme (LRS), all resident individuals, including minors, are allowed to freely remit up to USD 2,50,000 per financial year for any permissible current or capital account transaction or a combination of both. .