Spl session may be convened to push through GST: Venkaiah

Patna, Aug 28 (PTI) Observing that reform measures were required to sustain the economic growth of the country, the Centre on Friday said that it might convene a special session of Parliament next month to seek passage of the GST and other bills with cooperation from the opposition. 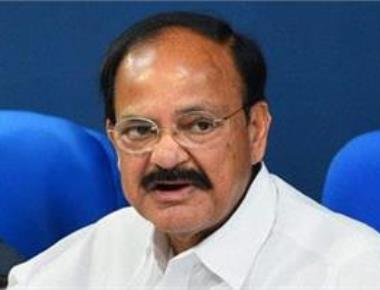 "It's imperative that reforms measures like the GST bill, Land Acquisition (amendment) bill, Negotiable Instruments (amendment) bill and others related to taxation has to be passed by Parliament to sustain economic growth in the country for which the Centre may convene special session of Parliament next month," Parliamentary Affairs Minister M Venkaiah Naidu told reporters here.

He ruled out convening of joint session of Parliament for passage of crucial legislations saying that most of these bills were in the nature of amendment bills which "have to be passed by both houses separately".

Stating that the NDA government has "done its best" to accommodate the opposition by referring most of bills being objected to them to the select committees for examination of their objections, Naidu said that it was the turn of the opposition, more so the Congress and its allies to reciprocate and cooperate with the government in passage of these bills, including the GST, during the special session.

Observing that the NDA government has succeeded to bring the economy, marred by fiscal, revenue, current account and trust deficits of the pre-BJP dispensation, "back on rails", the Union Minister said that more reformist measures, including roll out of the GST in 2016, was required to sustain India's growth story. .