New Delhi, (PTI) Domestic cooking gas (LPG) price has been hiked by up to Rs 32 per cylinder -- the steepest increase in six years -- following implementation of the Goods and Services Tax (GST). 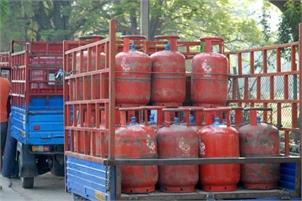 In the previous indirect tax regime where separate factory-gate duty and sales tax were levied, LPG attracted a zero or nil excise duty all over the country.

VAT or sales tax was nil in Delhi as well as Chandigarh, Haryana, Jammu and Kashmir, Rajasthan, Tamil Nadu, Uttar Pradesh, West Bengal and some north-eastern states. It ranged from 1 per cent to 5 per cent in other states.

However, under GST, which subsumed more than a dozen central and state levies, a 5 per cent tax was levied on subsidised LPG. This essentially meant that states where VAT was nil or less than 5 per cent, rates have gone up.

Besides Delhi, subsidised LPG price has been hiked by Rs 31.67 per cylinder to Rs 480.32 in Kolkata and Rs 31.41 in Chennai to Rs 465.56, according to information available from oil companies.

This is the steepest increase in domestic subsidised LPG rate since June 25, 2011, a hike of Rs 50 per cylinder, which was necessitated due to a jump in international oil prices.

Every household is entitled to 12 cylinders of 14.2-kg each at subsidised rates in a year. Any requirement beyond that has to be purchased at market price.

Sources said the 5 per cent GST resulted in a Rs 26.88 increase in rate per cylinder in Delhi and the remaining hike of about Rs 3 is because of the decision since June last year to raise prices by about Rs 2 to cut the subsidy.

The rate of non-subsidised LPG, which consumers pay after exhausting their quota of below-market priced bottles, went up by Rs 11.5 to Rs 564. Such bottles attract an 18 per cent GST.