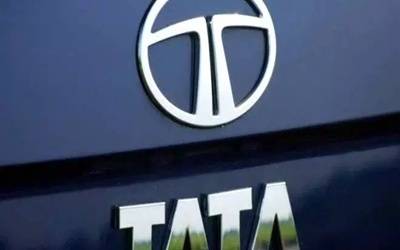 Cameron, on a visit to Washington, said on Friday that the Britain was right to block plans that he argued would "rewrite not simply the tariff rules on steel, but the entire tariff infrastructure of the EU".

The Labour accused the government of failing to protect British workers from China's "highly aggressive approach in this economic battle".

On Friday morning, China raised tensions by imposing a 46 percent import duty on a type of steel made by Tata in Wales.

Hours earlier, Downing Street sources said that Cameron had confronted Chinese President Xi Jinping on the sidelines of the Nuclear Security Summit in Washington to express his concerns on Thursday night.

Business secretary Sajid Javid returned from an official trip to Australia to face a tense scene in Port Talbot, south Wales, where thousands of steelworkers face losing their jobs.

Arriving three days after the crisis first broke, Javid said that it was the government's interventions that had stopped Tata from closing down the Port Talbot site overnight, and urged the Indian giant to get on with selling the business. He left to shouts of "save our steel, save our steel" from workers.

Earlier, speaking to hundreds of Port Talbot workers outside talks with trade union officials and Tata management, Javid said that he expected there to be formal expressions of interest once the sale process officially launched and described steel as "absolutely vital to the future of British industrial sector". One Port Talbot worker also handed Javid a "Save Our Steel" badge.

Javid said that the most pressing concern was for Tata to set out an offer "and to make sure that all potential buyers have all the relevant information they would need. You would naturally expect them to want that early on... so they can complete that due diligence as quickly as possible," he said.

He reiterated that nationalising the Port Talbot steelworks was "not a viable long-term solution" but said he would "work with potential buyers and listen to how we can help".

But sources who met with the business secretary at Port Talbot told the Guardian that he had failed to set out any potential steps that the government could take, claiming that "commercial" sensitivities prevented him releasing any details.

Gareth Stace, director of UK Steel, said it was time for ministers to "think the unthinkable" and consider imposing "the nuclear option" of temporarily blocking the flood of imports from entering Britain.

Stace also called on ministers to ignore any state aid rules set by the EU and deal with the consequences in the aftermath.

He warned that Britain's steel industry now risked being cut by two-thirds and argued that it was "unlikely" that Tata Steel would secure a buyer without urgent action from the government, including changing the EU rules urgently.

Javid joined Cameron in defending Britain's behaviour within the EU, as it emerged that the business secretary had told members of parliament weeks ago that it was right for British business to have access to cheap Chinese imports.

Javid was criticised for travelling to the other side of the world, taking his daughter with him, when he knew that the Tata decision was pending.

He claimed that he had been unaware that the plans for closure could carry a timetable of "weeks" rather than months.

He insisted that the government was helping with a 400 million pounds package of compensation on energy costs for the industry, and work on tackling unfair trading practices in the EU.

But the steel company Celsa has confirmed that as of Friday it still has not received a penny of the energy costs compensation agreed after months of wrangling in December 2015.

Javid admitted that finding a buyer for Tata’s loss-making assets would not be straightforward and said he recognised that any potential buyer may require the help of the British government.

Meanwhile Cameron raised the issue of the future of the Port Talbot plant with Prime Minister Narendra Modi, on the sidelines of the security summit in Washington.

A source said: "Modi said that the Indian steel industry was facing similar challenges from global over-capacity and the Chinese economic slowdown."