'Tax on fuel more important for a dry state like Gujarat'

Ahmedabad,(PTI) Gujarat deputy Chief Minister Nitin Patel today said that for a state which doesn't get any revenue from liquor sale because of prohibition, the tax on petrol and diesel is all the more important. 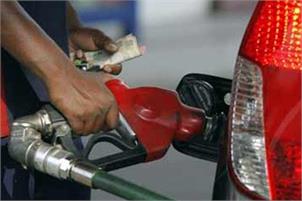 Without giving any assurance about reducing the Value Added Tax (VAT) on fuel, Patel, who handles the finance portfolio, said the BJP government in the state will follow the Union Government in this matter.

"We will follow what the Centre does in this regard," he said, when asked if the state government is considering reduction of the tax on fuel to give some respite to consumers in view of the recent spike in petrol and diesel prices.

"Tax on gas, petrol and diesel is the main source of revenue for any state. Moreover, many states are earning huge revenues through the liquor sale. That's not the case with Gujarat, as liquor is prohibited here since the inception of the state," Patel said, speaking to reporters in Gandhinagar.

"The states where there is no ban on liquor are earning Rs 15,000 crore to Rs 25,000 crore as excise duty on alcohol. Gujarat doesn't get such revenue due to the liquor ban, and we do not even intend to earn through the liquor," the deputy CM said.