Tokyo, (AFP): Crisis-hit Toshiba said today it would book a USD 318 million loss for its latest fiscal year in the wake of a billion dollar profit-padding scandal. 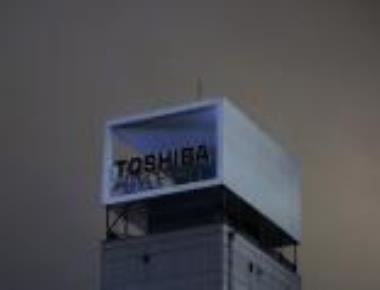 The vast 140-year-old conglomerate said that its annual loss for the year to March 2015 would be 37.8 billion yen (USD 318 million), reversing a previously expected 120 billion yen annual profit.

But it said it could not supply forecasts for the current year to March 2016.

Investors appeared to cheer the finalised figures as bringing a sense of closure to the saga, with Toshiba's Tokyo-listed shares jumping 3.17 per cent to 357.6 yen in morning trade even as the broader market turned lower.

The revised results come after months of delay as an outside panel probed the firm's finances amid revelations that top executives pressured underlings to systematically inflate profits by about USD 1.2 billion since the 2008 global financial crisis.

One of the most damaging accounting scandals to hit Japan in recent years, the case prompted an incumbent president and seven other top executives to resign after the company-hired panel found top management complicit in a years-long scheme to pad profits.

The company has asked a host of renowned Japanese business leaders to act as outside directors in a management overhaul to improve its corporate culture.

Toshiba is to hold a shareholders meeting at the end of this month.
Last month, Toshiba was booted from a stock index launched to highlight firms with the best return on equity and other shareholder friendly criteria.

Toshiba's business was dented by the financial crisis, while the 2011 Fukushima disaster squashed demand for atomic power at home in a big blow to the firm's key nuclear division.

Top executives complained of "shameful results" that could not be made public.